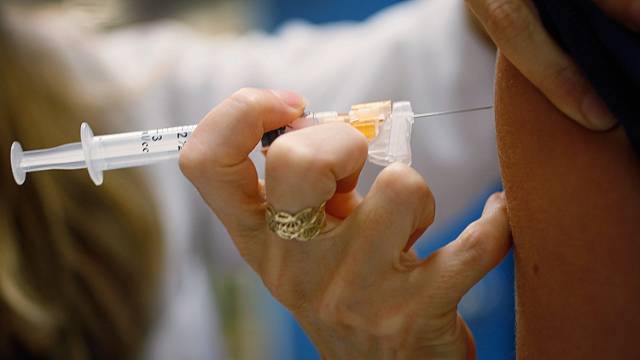 Don’t forget yellow fever, which can come with chills, headache and nausea.
Those are just a few of the illnesses, sometimes fatal, that pose a risk to international travelers. Yet many jet-setters might overlook getting vaccinated for them before touring the world.
Slightly more than half of international travelers in the United States who were eligible to receive the measles, mumps, rubella (MMR) vaccine before traveling did not get vaccinated between 2009 and 2014, according to a new study that published in the journal Annals of Internal Medicine on Monday.
Therefore, those travelers were probably at risk for being infected with measles while abroad, said Dr. Emily Hyle, an instructor in medicine at Massachusetts General Hospital and lead author of the paper. 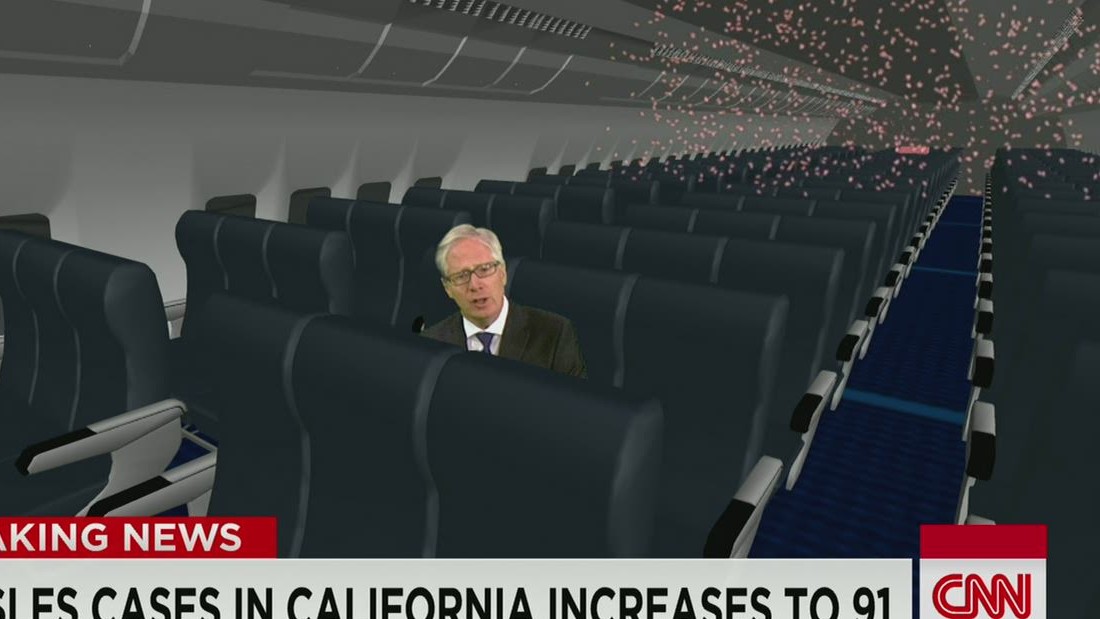 Sneeze on a plane: A chance of getting the measles

“Pre-travel vaccinations are important because diseases that aren’t found in the United States, such as typhoid or yellow fever, may be a risk in other countries. These diseases can be severe or even fatal,” said Dr. Phyllis Kozarsky, an expert travel health consultant with the US Centers for Disease Control and Prevention’s Travelers’ Health Branch and a professor at Emory University. She was not involved in the new study.
“Even diseases that do occur in the United States, such as measles or hepatitis A, are often more common in other countries,” she said. “Several countries in Europe are currently experiencing measles outbreaks, which emphasizes how important it is for travelers to be up-to-date on routine vaccines as well as get travel-related vaccines.”

Measles was declared eliminated from the US in 2000 but remains common in many other parts of the world, such as Western Europe, where the measles virus causes death in at least one in 5,000 cases. As many as one in 100 die from measles in the poorest regions of the world, according to the University of Oxford in England.
This year, the CDC has reported outbreaks of measles in Italy, Germany, Belgium, Guinea and Romania. Also, the measles virus is found regularly in Indonesia.
Measles, in particular, is a highly infectious illness that can spread through the air when an infected person coughs or sneezes, according to the National Health Service in England. 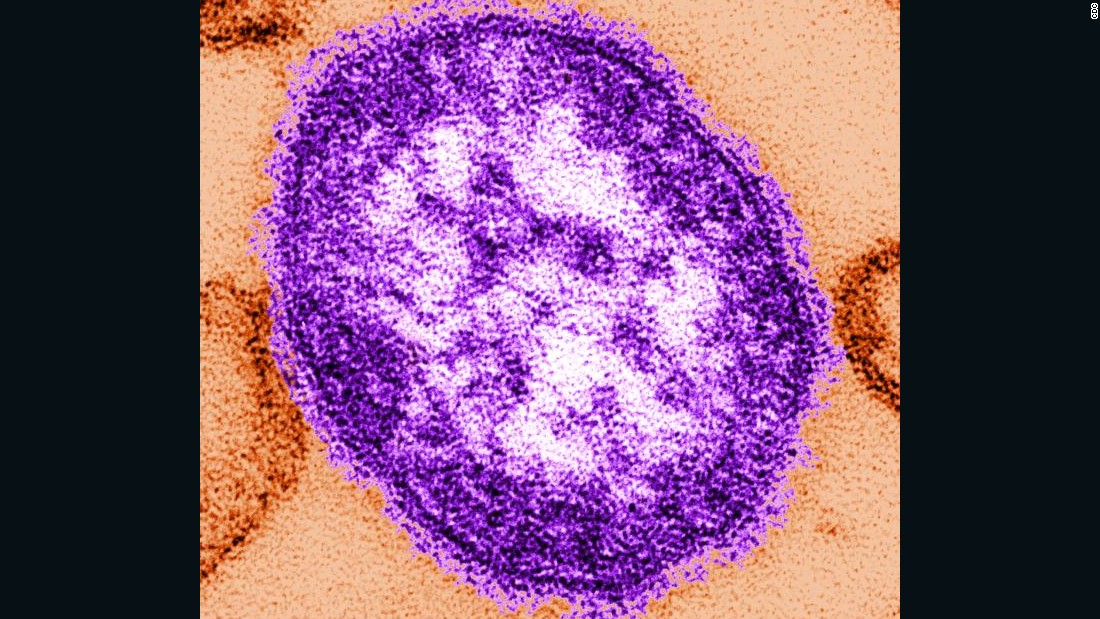 Measles: Why not vaccinating your kids can be deadly

Yet, every year, immunization prevents between 2 million and 3 million deaths around the world in all age groups from diphtheria, tetanus, whooping cough and measles, according to the World Health Organization.
Measles vaccination resulted in a 79% drop in measles deaths between 2000 and 2015 worldwide, the agency said.
In 2015, about 85% of the world’s children received one dose of measles vaccine by their first birthday, according to the WHO.
The vaccine is typically given to children in two doses: at 12 months and at 4 to 6 years old. For adults, officials recommend vaccination if you didn’t receive it as a child or haven’t had all three diseases.

‘People often underestimate the risk of getting infections’

The new study is based on 40,810 adult travelers who each visited one of 24 Global TravEpiNet clinic sites, affiliated with a hospital, medical school, doctor’s office, pharmacy or public health clinic, in the US between 2009 and 2014.
Of those travelers, 6,612 were eligible for MMR vaccine at the time of their visit, before they went abroad. However, 3,477 — or 53% — ended up not getting vaccinated, the data revealed. 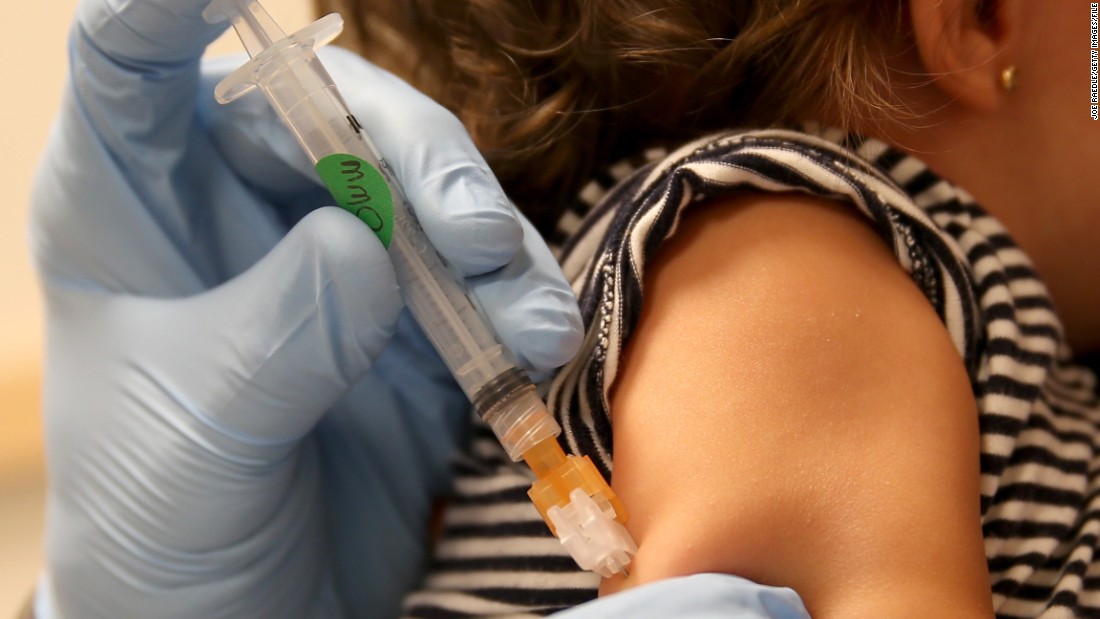 “We were surprised to see such a high number of missed opportunities for MMR vaccination, even in these specialized travel clinics,” Hyle said.
“To my knowledge, our study presents the largest analysis of systematically collected data about pre-travel MMR vaccination,” she said. “Providers should have clear discussions with their patients about the potential risks of having measles illness and the risks of spreading the disease upon return to the US, especially to the very young and the immunosuppressed.”
People with certain health conditions and children under 6 months old should not be vaccinated, Hyle said.
After analyzing questionnaires taken during each traveler’s visit, the researchers found that 48% of those who were not vaccinated — despite being eligible because they had not received it before — refused the vaccination, as most thought it was unnecessary. Among 28%, the provider deemed the vaccine to be unnecessary, and for the remaining 24%, there were barriers to getting vaccinated, such as the patient being referred to another provider for the vaccine and never going.
“People often underestimate the risk of getting infections,” said Dr. Pritish Tosh, an infectious disease physician and researcher at the Mayo Clinic in Rochester, Minnesota, who was not involved in the new paper. 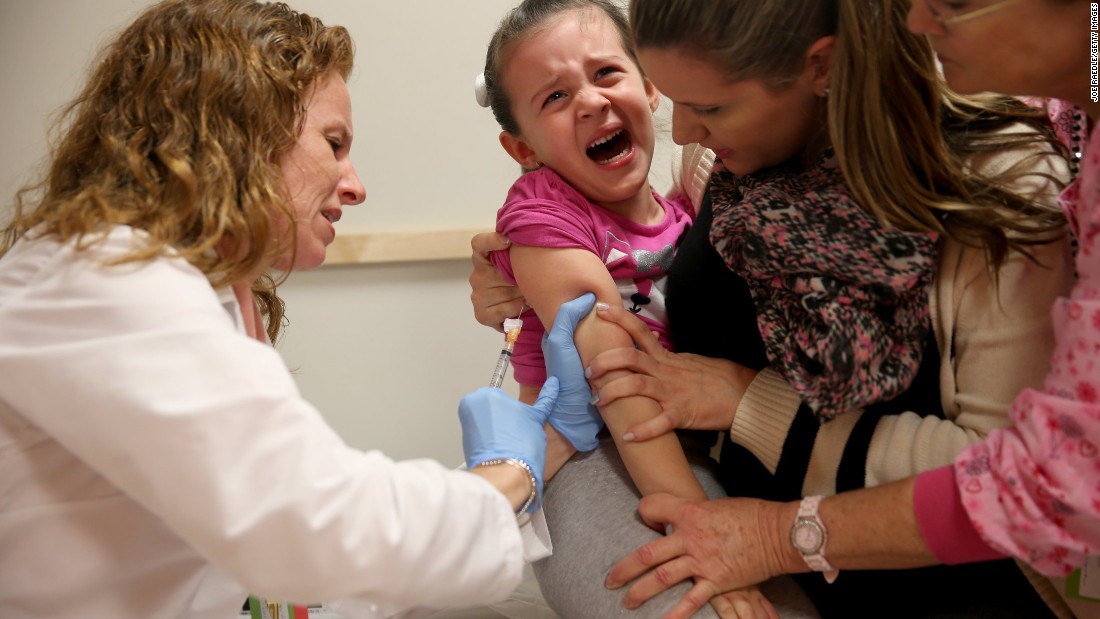 The highest-risk group for travel-related illnesses tends to be people who think they are at a lower risk, Tosh said.
For instance, “people who were from a country and come to the United States to live and then they visit their friends and relatives back in their country of origin and they often think, ‘Well, when I was there, things were fine,’ and they don’t seek travel advice. They don’t get medications to prevent malaria. They don’t get vaccinations and these other things,” he said. “So, the people who think they are the lowest risk actually have the highest risk of getting some sort of travel-related infection, mostly because they don’t think they are at risk.”
Hyle said more research is needed to determine whether the new study findings might be generalizable to other health clinics and travelers.
“Additionally, travelers who seek pre-travel medical advice may be more likely to be up-to-date on their vaccines and might be more likely to accept vaccination than travelers who do not seek pre-travel advice; as a result, our findings might underestimate opportunities for MMR vaccination among travelers,” she said.

Your guide to travel vaccinations, by country

Measles isn’t the only vaccine-related health issue flagged under the CDC’s travel notices. 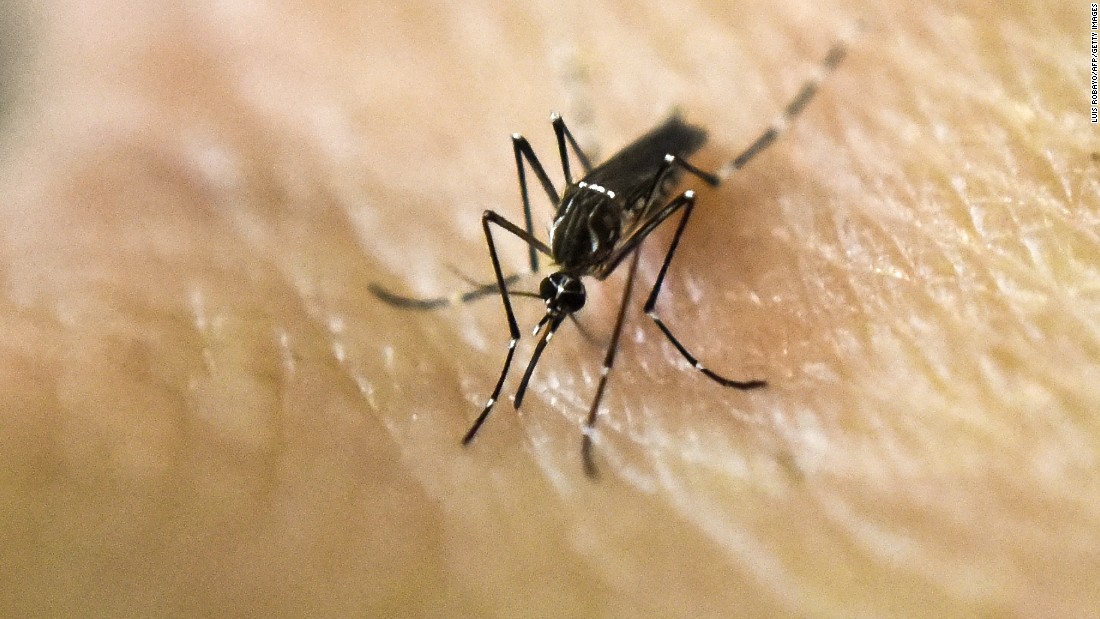 The dangers of yellow fever

“Hepatitis A is a potential risk almost anywhere in the world, so this vaccine is recommended for almost all international travelers,” said the CDC’s Kozarsky.
“Yellow fever is a risk in parts of South America and Africa, and malaria is found in parts of South America and Asia and is very common in Africa,” she said. “There is no vaccine for malaria, but travelers can take medicine to prevent it.”
Last month, the WHO and the CDC expanded the list of areas in which yellow fever vaccination is recommended for travelers to include parts of Brazil. The WHO recommends vaccination against yellow fever at least 10 days prior to travel.
“There is currently a large outbreak of yellow fever in Brazil, and a shortage of vaccine may make it difficult for some travelers to be vaccinated. Because of the seriousness of yellow fever disease, CDC recommends that people who cannot get the vaccine not travel, so travelers to areas where yellow fever vaccine is required or recommended should plan well in advance to get vaccinated,” Kozarsky said. 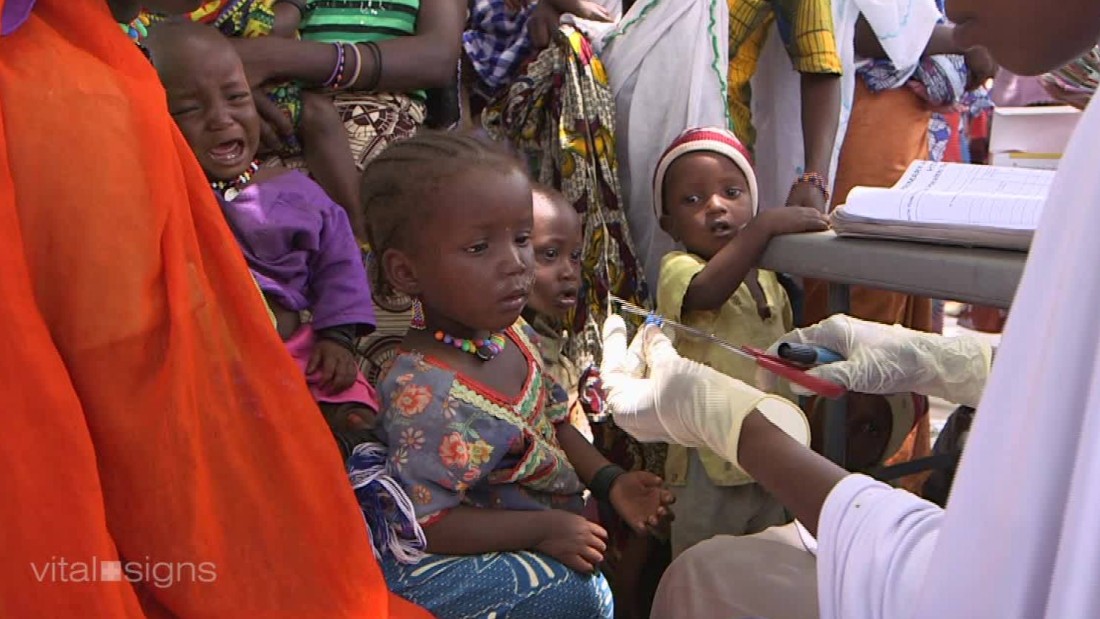 In Nigeria, health officials have reported several cases of wild poliovirus, and the CDC recommends that all travelers to that country be fully vaccinated against polio.
The CDC recommended Friday that adult travelers visiting areas with endemic or epidemic cholera receive a vaccine called Vaxchora, the only such vaccine licensed for use in the US.
The cholera bacterium, which is rare in industrialized nations, has been associated with outbreaks in Mexico, Haiti, parts of Asia and parts of Africa. The WHO recently has responded in “full emergency mode” to an upsurge in cholera cases in Yemen, it said last week. 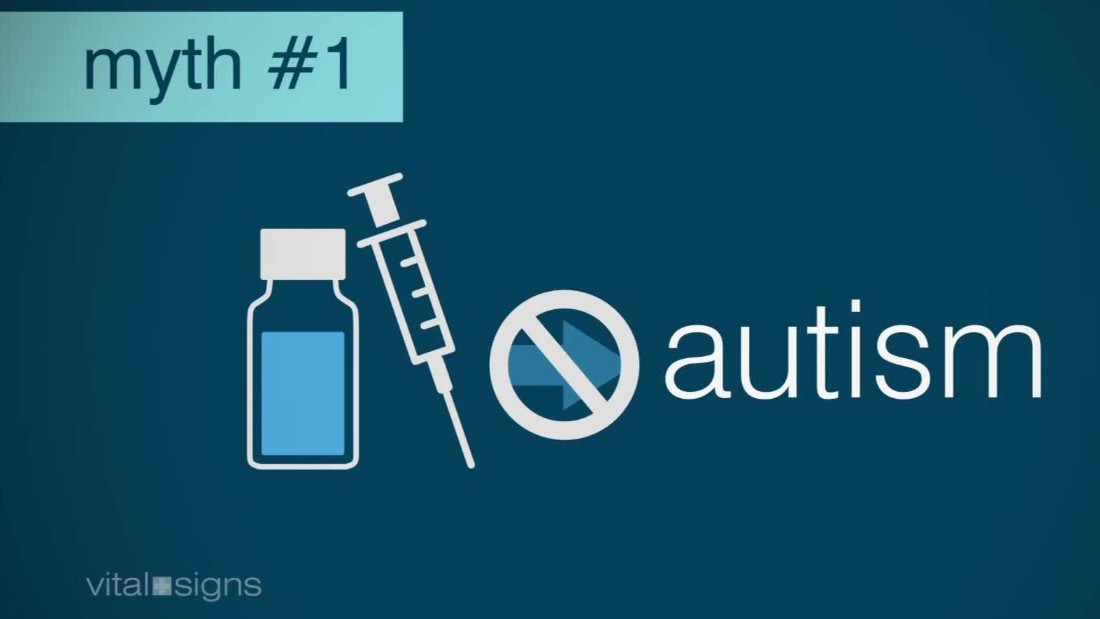 “The cholera vaccine in the US is new, and while everyone should be vaccinated against measles, whether or not they are traveling, not everyone needs to be vaccinated against cholera,” said Dr. Jason Harris, associate professor of pediatrics at Harvard Medical School and Massachusetts General Hospital.
“There are vaccines, like Vaxchora, which can protect travelers from serious infections that they might be exposed to while traveling overseas,” he said. “Another important benefit is that travel vaccines may also prevent people from carrying infections to another country or back home with them, so these vaccines may not only benefit the traveler but in some cases their families and communities as well.”
If you are venturing across countries, the Mayo Clinic’s Tosh offered some travel advice and recommended visiting a travel clinic.

“The travel clinic will not only give you vaccines you need, medications in case you are going to a malaria-endemic area to prevent malaria, medication in case you get travel diarrhea; but also, most importantly, the travel clinic will give you advice to make sure you know how to prevent infections, including how to avoid insect bites and how to ensure you are consuming safe food and water,” Tosh said.
“I would also encourage people to make sure they have gotten their routine vaccine series that are recommended to them,” he said. “Things to also do when traveling overseas is — the US State Department actually has a very nice website for travelers — to know the types of safety issues and how to get in contact with the consulate. The State Department website will also talk about scams that can happen, and it is country-specific.”

Experts can’t predict which travel-related diseases are likely to have a large impact this summer, but mosquito-borne diseases such as dengue, chikungunya and Zika have affected large numbers of travelers in the past, said Kozarsky, the CDC expert.
“Unfortunately, no vaccines for these diseases have been licensed in the United States, so it’s important for travelers to take steps to prevent mosquito bites,” she said.