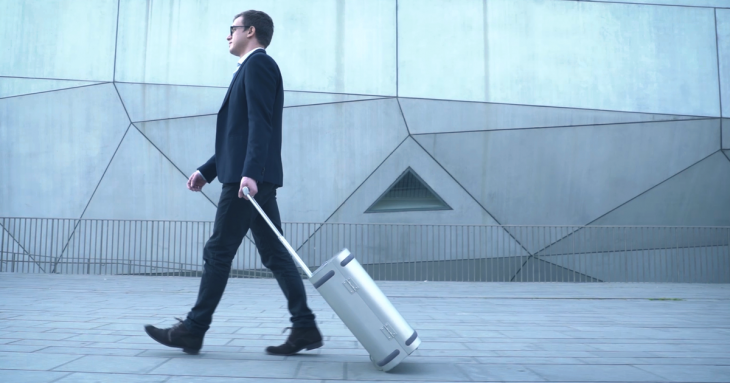 Smart suitcases like the Samsara bag will be more of a hassle to check in on planes starting in the new year.
Image: SAMSARA

That “smart” suitcase might not be the best gift idea thanks to new checked baggage restrictions from several major airlines.

On Friday, American Airlines announced that starting Jan. 15, only smart suitcases with removable batteries will be allowed on planes. The same goes for Delta and Alaska Airlines.

Anyone checking a smart bag will have to remove the battery. And if your smart suitcase doesn’t have a removable battery? Too bad — you’ll have to leave it behind and spend a small fortune at an overpriced airport shop for new luggage, or ship it.

Smart suitcases have become more popular recently thanks to features like bag tracking, phone-charging ports, remote-controlled locks, and even weight scales to know if your bag is within airline limits. All the “smart” features are powered by a lithium ion battery.

SEE ALSO: Giant picture of your face on your luggage is horrifying, but practical

The new rule comes amid fears that those batteries will spark fires on planes. Delta banned hoverboards in 2015 over similar fire concerns. To help navigate the murky world of what’s considered a travel-safe battery, the TSA has a list of what types of batteries are allowed on planes.

So which bags are OK to fly?

If you’re committed to using a smart bag while traveling, choose one that can make it on the plane. Most start at more than $200.

Samsara, a crowdfunded smart suitcase that uses GPS tracking to notify you if your bag has been taken somewhere unexpected, designed the bag with future airport regulations in mind.

CEO and co-founder Atara Dzikowski said in a call the Samsara has a removable “smart unit” where all the smart features are housed. “We didn’t want any wiring or anything that could be problematic within the suitcase,” she said.

“We didn’t want any wiring or anything that could be problematic within the suitcase.”

Feedback from backers from outside the U.S. warned about battery and luggage restrictions already in place at airports in China and Hong Kong.

After hearing about the new American Airlines rule coming in January, Dzikowski sounded relieved about her company’s design. “We’re very happy with our decision,” she said.

The Samsara is expected to ship in January — just in time for the new rules.

Other removable battery smart bags like Away already have removable units, especially because of tough security at Asian airports where smart luggage restrictions are fairly common.

Raden, which claims to have a TSA-approved removable battery, said in an email that the company designed the smart bags with the possibility of future battery limitations. A spokesperson touted the battery’s easy removal, without the need for screwdrivers or other tools.

“It hasn’t impacted holiday [sales] and we actually think it might improve our year,” Raden’s spokesperson said.

Other bags like Marlon, with its removable 1,0000 mAh battery, and the latest version of the Bluesmart bag and the Trunkster will also be safe to fly.

The “problem” bags are any with batteries that can’t be pulled out — like the original Bluesmart suitcase, which has since updated its design to make it more flying-friendly.

If other airlines follow American Airlines, Alaska, and Delta’s lead, you’ll want to only look for smart suitcases with removable units. A good starting point is to include “removable battery” in your product search and closely read the specifications on any smart bag websites and product pages.

Only these three U.S.-based airlines have officially implemented this rule — but it could slowly creep into other airline regulations. A Southwest spokesperson said Friday the airline is “reviewing our policies and considering changes.”

Last week, the Transportation Security Administration, or TSA, started testing new screening procedures for electronics at North Dakota airports. The new rules require putting all electronics bigger than a cellphone in their own bin to be X-ray screened.

These new electronics rules are coming to all airports in spring 2018, according to the TSA. Have fun traveling with all your cool gadgets next year.

WATCH: This killer whale-inspired watercraft is the aquatic equivalent of aerobatic airplanes

Every editorial product is independently selected by Mashable journalists. If you buy something featured, we may earn an affiliate commission which helps support our journalism.