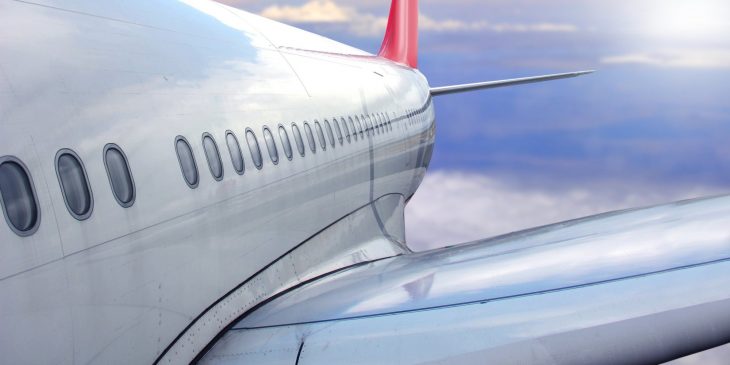 Everyone knows that jet lag feeling: You’re groggy at dinner, but unable to sleep at night; you can’t muster hunger at socially appropriate times and even your digestive system doesn’t seem to cooperate.

And some studies have linked chronic jet lag (jumping time zones on at least a weekly basis) to increased risk of some cancers and quicker cognitive decline.

In other words? It’s time to get with the (local) program fast.

“People tolerate a few times zones without too much difficulty,” Timothy Morgenthaler, president of the American Academy of Sleep Medicine (AASM) and a board-certified sleep physician, tells HuffPost. “If you’re zipping more time zones, do some planning.”

Of course, if you’re one of the 70 million Americans who suffer from chronic sleep problems, your jet lag experience may be trickier to manage. Making a plan with your sleep doctor may be the best course of action — especially if you have to travel with a sleep apnea device or are used to taking medication of some kind.

As in life, your sleep habits can have a big effect on your trip. “Chances are, you’re traveling because you have to or because you want to,” says Morgenthaler. “You want to be at your best.”

Book a flight that works well for you.

If you can’t sleep on a redeye, try to avoid booking them, international flight attendant and HuffPost blogger David Puzzo said.

“I know that if I’m stuck in economy for 12 hours in a middle seat from [New York City] to Hong Kong, I’m not going to sleep well or at all,” Puzzo told HuffPost. “So I opt to take a day flight which leaves me in Asia in the evening, which usually lets me go right to hotel, check in and sleep. This method has proved best for me, and I’ve been doing it more and more lately and feel so much better.”

Start out well-rested.
The best defense against jet lag is going in with a baseline of restfulness. Don’t stay up late the nights before and try to avoid overnight flights when possible. Since jet lag is compounded by the hallmarks of air travel — air pressure changes and sitting in a single position for a long period of time, for example — try to combat these with lots of fresh air before your flight and trips up and down the aisle of the plane to reduce sitting time.

Get ahead of the game.
Part of what makes jet lag so jarring is that it happens all at once. The AASM suggests slowly shifting sleep times in the weeks before a trip so that by the time you arrive, you’re already acclimated.

Expect an easier westerly trip.
Jet lag is worse when you head east. Due to the laws of geography, physics, etc., this means every person will have one easy leg and one harder leg. Be especially careful with your sleep on your eastbound leg.

Wear headphones on the plane.
Morgenthaler recommends springing for some noise-canceling headphones. “The more we have to filter out, the more effort it takes,” he says. “Many people find that they have less headaches and fatigue by using these, just to get some peace and focus on their own thoughts.”

Give yourself time.
Research indicates that the human body can adjust to up to two time zones per day, but it may take up to an entire day for each time zone crossed to adjust to the local time, according to WebMD. Don’t expect to completely recover overnight.

Sun yourself.
Light exposure is key. Even if you feel like crawling under the covers midday, getting yourself out in daylight will help trigger the hormonal cycle that will eventually make you sleepy at the appropriate nighttime hour.

Drink loads of water.
“The symptoms of jet lag include headaches, myalgias [muscle pain] and nausea,” explains Morgenthaler. “Some are symptoms from jet lag, but some could just be from dehydration during flight.” Better to eliminate anything else that could be contributing to your feelings of exhaustion, just in case. Even if it truly is the jet lag producing these symptoms, water also helps you to feel alert and supports better focus.

Unger said she would purchase an extra sandwich to keep in her hotel room so she had something to eat before going to bed.

A previous version of this article appeared in October 2014.

We don’t know what you do for a living, but we do know you likely need a break. And, nearly halfway through the year, we’re challenging you (yes — busy, overworked, financially stretched you) to #TakeABreak. During the month of June, we’ll help you nail down how many vacation days you have at your disposal, figure out where to go, and plan a trip you can actually afford. For 30 days of travel tips, cheap flight hacks, vacation ideas and wanderlust galore, sign up for our Take A Break action plan here!