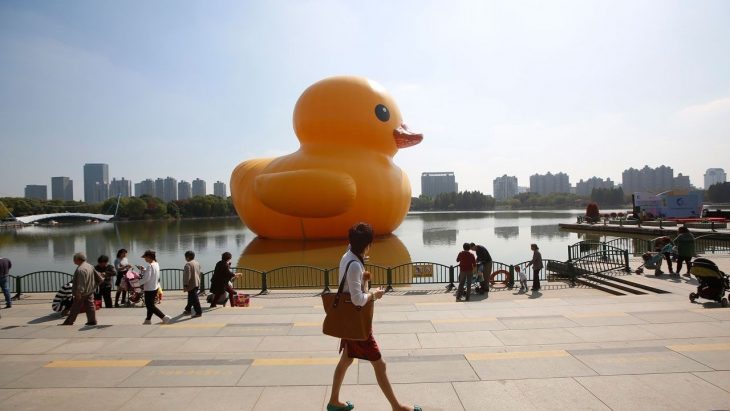 You would think a six-story rubber ducky would make playtime lots of fun for everyone.

Unfortunately, not everyone is celebrating a giant rubber duck installation that is set to visit Torontos HTO Park on Canada Day, July 1, for Canadas 150th anniversary, during the Redpath Waterfront Festival.

The giant duck is not, in fact, the same giant rubber duck sculpture by artist Florentijn Hofman that has been floating around the world, showing up in cities like São Paulo, Osaka and Seoul over the last 10 years.

A statement made by Hofmans studio claims that the duck that is set to visit Canada is a counterfeit. However, a CBC report claims the design for the quintessential rubber duck that we all remember from our bathtubs is actually public domain.

Other detractors of the duck go beyond artistic integrity. Politicians and the public are criticizing the Ontario government for paying $120,000 CAD through a grant to bring the duck to the province. Many believe this is far too much to pay for a rubber duck.