The Arctic sea ice hosts algae, which sustain a food chain up to the beluga whale. But the ice is decreasing and in summers, it may be gone entirely by 2050 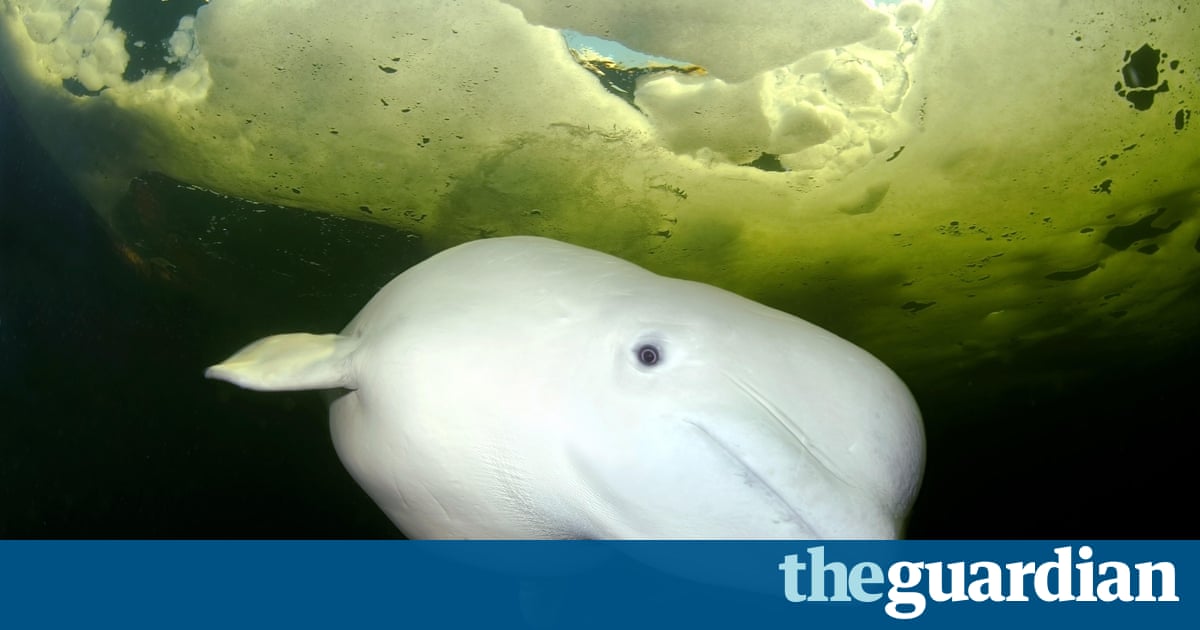 The beluga whale is one of the most extraordinary species of marine creature known to science. It is a gregarious, pure white Arctic dweller that emits strange, high-pitched twitters that have given it its nickname: the sea canary. Belugas are on the International Union for the Conservation of Natures near threatened list, because of past whaling and the impact of water contamination.

Now scientists have discovered that Delphinapterus leucas is facing a new global threat. Like many other species that live in the far north, their lives are being disrupted by global warming, according to Thomas Brown of the Scottish Association for Marine Science (Sams), who has been studying belugas for several years.

These creatures are in the frontline of change in the Arctic and it is clear they are having to make considerable changes in behaviour to survive, fishing further and further into open water, he says. We need to find out urgently how significant are these changes.

At the heart of the issue lies a shortage of algae on Arctic sea ice. At this time of year algae forms on the underside of floes, as spring begins in the far north. The algae is then eaten by tiny creatures called zooplankton, and they in turn are consumed by fish that are in turn eaten by seals. Later, as the season continues and the weather warms, sea ice melts and algae sinks to the sea bed, where it nourishes a different food chain. It is consumed by worms and other simple organisms on the sea floor, and these are consumed by benthic fish fish that live on the sea floor or near it, such as the Greenland halibut. These are then eaten by Beluga whales.

However, sea ice has been decreasing dramatically in recent years in the Arctic. Coverage reaches its peak in mid-March, but because of global warming triggered by the burning of fossil fuels, which are increasing carbon dioxide levels in the atmosphere less and less ice is forming over the winter in the high north. Around 1.2m sq km of winter sea ice has been lost, compared with average annual coverage 30 years ago, leaving less surface on which algae can grow. As Brown says, It is very simple: if you take the sea ice away, you cannot have sea ice algae. Its all in the name, really.

And if the very base of the food chain is removed, that has serious consequences for the rest of the wildlife of the Arctic. Scientists have already found that zooplankton species that normally eat algae are declining, and also retreating in their range. This places stress on those surface fish that normally consume them. And the same effect may now be happening to species like the Greenland halibut.

The question is: what happens when that sea algae does not arrive? says Brown. Belugas are now fishing more and more in open water, so there is a clear shift in the food web and ecosystem in this part of the Arctic Ocean, and we need to find out exactly what that means.

This point is particularly important because of the Canadian governments plans to expand halibut fishing in the Arctic, for example in Cumberland Sound near Baffin Island. The problem is that if there is reduced algae on which the fish can feed, there is little chance such fishing could be sustained. As a result, Brown has been given 800,000 to investigate the prospects for halibut fishing in the region.

The base of the Arctic food chain is clearly in danger of erosion, say scientists, a prospect that worsens year by year. Consider this years sea ice maximum: it reached a new low, and according to scientific projections it is set to decrease for the foreseeable future. How this will eventually pan out remains to be seen, though it is clear that at some point in the relatively near future, sea ice in the Arctic will disappear in summer (give or take the odd floe that remains crammed into fjords in Greenland or Svalbard). Predicting when that will happen is a tricky business, however.

It depends on how much carbon we continue to pump into the atmosphere every year, says Julienne Stroeve, professor of Polar Observation & Modelling at University College London. If you look at the figures you see a tight correlation between amounts of carbon in the atmosphere and sea-ice levels in summer. That graph shows that if we put another 1,000bn tonnes of carbon into the atmosphere from factories and transport and other sources, that will bring us to the point where there is no more summer sea ice.

At present, humankind is pumping around 40bn tonnes of carbon a year into the atmosphere from these sources. If we continue at this rate, we can therefore expect there will be no summer sea ice in the Arctic by the middle of the century, and that will have all sorts of global implications, says Stroeve. Sea ice buttresses glaciers in Greenland, for example, and stops them sliding into the ocean. Without sea ice, more and more glacier ice will end up on the ocean and raise sea levels round the globe. That will affect everyone.

However, the greatest effect is likely to be in the Arctic. Without sea ice on which algae can grow, and from which animals can hunt, or on which they can give birth, there will be enormous disruption to wildlife and to 4 million people who now live in the Arctic and depend on these creatures for food and their livelihood. Given current rates of carbon emissions, it will not be long before the region finds out how severe these impacts are going to be.