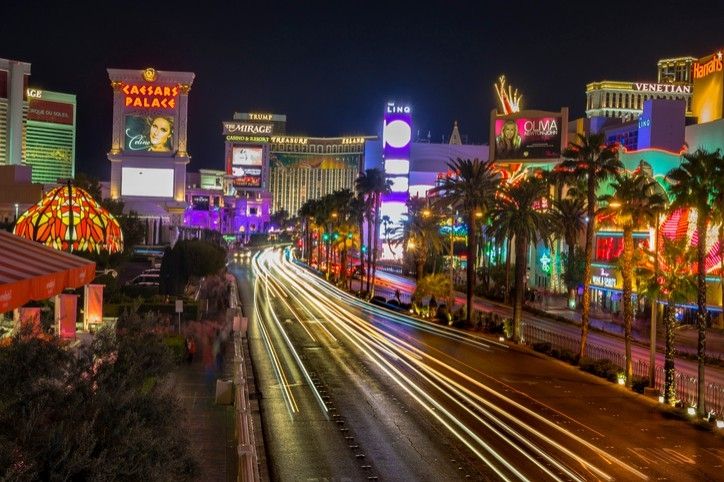 Parking in Las Vegas is about to get more expensive.  (iStock)

Sin City is about to get pricier.

Free parking, a long-running perk offered at most of Las Vegas’ Strip properties to keep money at the tables, will be coming to an end starting this month and continuing into 2017 at eight casino companies, the Las Vegas Sun reports.

On Tuesday, Caesars Entertainment Corp. announced that it will start a paid valet and self-parking initiative at eight of its nine Las Vegas properties.

They will be joining MGM Resorts International which instituted a paid parking policy earlier this summer.

We’ve been getting increasing feedback from our highest-paying customers that they couldnt park with us anymore, Richard Broome, the executive vice president, public affairs and communications for Caesars Entertainment said. So its become a big customer-service issue for us. If you cant fit your highest-spending customers in your parking areas, its an issue.

The paid parking program will begin phasing in late December when the valet services at the Linq and Harrah’s properties will start charging while the rest of the Caesars Entertainment Las Vegas properties, excluding the Rio, will implement a paid valet and self-parking program in 2017.

The slow death of free parking in Vegas comes as free booze in the casinos has dried up, too. Two of the largest casino owners in Vegas recently launched systems to regulate free alcohol being distributed to video poker players in their bars– another long-running perk designed to keep slot money flowing.

Earlier this year, MGM Resorts began deploying video poker machines in bars at the MGM Grand and the Mirage that print out drink vouchers when gamblers have been playing long enough to earn a beverage.

Caesars installed colored lights on the backs of video poker machines in the bars at all nine of its Vegas-area casinos. When a player bets the max on a game, a green light alerts waiters working the floor and the player will get a drink.  But if the amount on bets decrease, a red light pops up and the free booze ends.