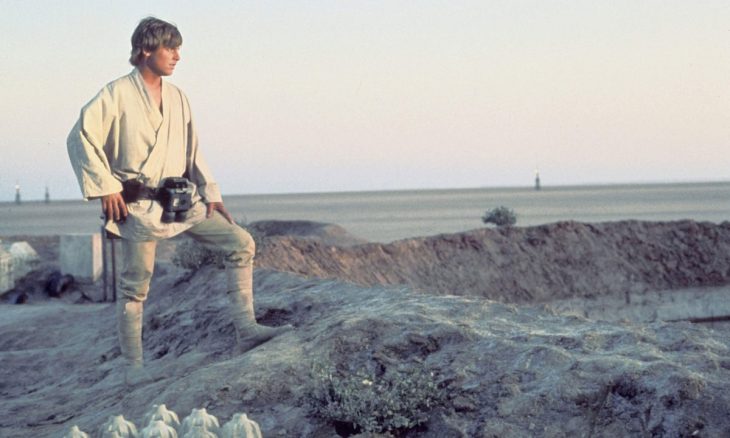 These are the locations youre looking for! As the world prepares for Star Wars: The Force Awakens, heres a guide to the series most famous settings and where you can pay homage 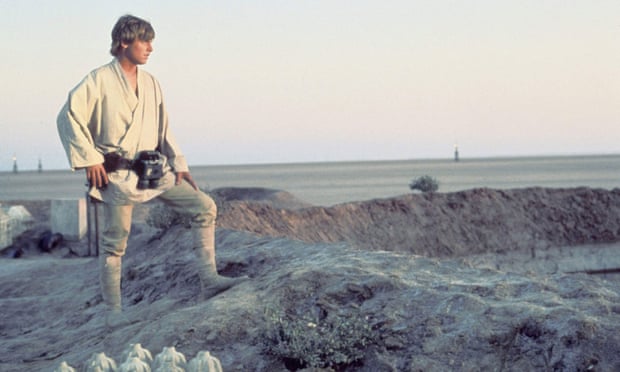 A must on the travel itinerary of any Star Wars fan is the desert planet of Tatooine, the setting for Luke Skywalkers formative pre-Jedi years. Currently, the Foreign and Commonwealth Office (FCO) advises against travelling to Tunisia, the location for many of the planets exterior scenes (such as Lukes family home). However, Death Valley in the US was also used as a backdrop for the planet, and visitors who stop at the Ranch at Furnace Creek Inn (doubles from $119) can follow the same trail to Jabba The Hutts Palace taken by R2-D2 and C-3PO in Return Of The Jedi.

Elsewhere, in the US the rustic desert accommodation at Bonita Domes in Joshua Tree national park (doubles from $90) gives a flavour of Lukes childhood home, while the dry, rocky landscape and clear sky (albeit with only one sun, not two) of Chiles Elqui valley conjures a sense of Tatooine. Stay in the geodesic domes at Elqui Domos (doubles from $155), built to make the most of the incredible night skies.

Not many holidaymakers would choose a stay in the grimy, dank swamplands of Yodas stomping ground in The Empire Strikes Back. If lizards, snakes and wet marshlands are your thing, though perhaps you intend to undergo a spot of arduous Jedi training consider the Wildlife Gardens B&B in the Cajun Country of Gibson, Louisiana. Here, a rustic stop in one of its no-nonsense cabins costs $95 for a double.

For a dash of Dagobah life, without the damp and the danger, the Dome Garden in Puzzlewood in the Forest Of Dean (which is also rumoured to feature in The Force Awakens) is what Yodas modest hut would have been like had he been aware of the word glamping. A three-night stay for four in one of its cosy and sustainable tent domes starts at 343.

The planet-size city of Coruscant is the urban hub of the galaxy far, far away; its surface festooned with bustling, neon-bathed streets and thousand-storey skyscrapers. Earth, sadly, doesnt have thousand-storey skyscrapers, but Hong Kong, the city with the most skyscrapers is as close to Coruscant as we get. A stop in its crowded heart doesnt have to break the bank either: the YesInn Hostel @Fortess Hill has doubles from 30 a night.

Sprawling, futuristic cityscapes can also, unsurprisingly, be found in Tokyo, where an Airbnb stop in the quirky, sci-fi-esque metabolist Nakagin Capsule Tower costs 50 a night; or in Singapore, where its possible to find cheap lodgings: a futuristic pod birth in The Pod Hostel goes as low as 23.

The dense jungle of the home planet of the Ewoks was shot in Redwood national park in California, home of the worlds largest trees. Its possible to hire a cabin right in the heart of the park for $159 a night, where elk roam free, though Ewoks, disappointingly, are absent.

As an arboreal species, Ewok dwellings on Endor were generally suspended high in the canopy, and you too can experience life among the leaves at Walnut Tree Farm in a quiet valley in Portugals Alentejo region (from 72 a night, sleeps 2). Just east of the surfing town of Aljezur you can spend your days at the beach every day or head further inland to the hill-top town of Monchique. In the UK check out our list of arboreal boltholes.

Hardangerjkulen glacier near Finse in Norway was used as the location of the barren and inhospitable ice planet featured in The Empire Strikes Backs opening sequences. To tie-in with the release of The Force Awakens, its now possible to take a three-night Star Wars-inspired excursion to the region. This includes two nights in the hotel used by the cast and crew during that films production in 1979, a night in the city of Bergen, and a guided trip to the glacier (755pp including flights and transfers).

If, on the other hand, youre yearning for a slice of life as a Rebel Alliance soldier on Hoth, then Iceland is your best bet: a simulacrum of the Rebel Bases gleaming frozen tunnels can be seen on an ice cave tour through the inside of a glacier at Langjkull from 90pp. Only without the Stormtroopers. And the Wampas.

Only seen as the setting of a huge land-and-sea battle in prequel trilogy-closer Revenge Of The Sith, filming locations for the Wookiee home planets pristine waters and lush karst archipelagos were split between Phang Nga Bay near Phuket in Thailand and Guilin in southern China.

You can spend a night a stones throw from the beach at Papa Crab Guesthouse in Phuket for next to nothing (doubles from 17), while the mist-flecked peaks of Guilin on the Li River feature in several of On The Gos scenic tours of China. A 10-day Journey Down South trip costs from 1,419, excluding flights.

Earthly technology has only come so far, so accommodation recommendations for actual floating Cloud Cities are thin on the ground. However, the Tomamu ski resort (doubles from 83) on the Japanese island of Hokkaido overlooks an area known as Unkai, or sea of clouds, in which drastic temperature changes can form thick carpets of cloud beneath the resorts viewing platform.

For a more extreme if basic stay in the heavens, you can also see the clouds from the other side with a night or two in the solar-powered Refuge du Gouter in Saint-Gervais (from 75) perched at an altitude of 3,835m on the Mont Blanc ascent. Though this isnt for the faint-hearted: its advised that guests here are capable climbers, and its simple facilities wont be to all tastes.

Several locations were used for the planet of Naboo: Italys Lake Como provided much of the outdoor scenic splendour. Airbnb options here go as low as 15. However, for a destination with the same geography and architecture thats a little more off the beaten track, try Castello Oldofredi (doubles from 95) on the smaller Lake Iseo. Memories of Anakin Skywalker and Padmes horrific flirting hopefully wont taint the experience too much for you.

Further afield, the Plaza de Espana in Seville served as the palace exterior in Naboos capital city of Theed, and the rates at Boutike Hostel (doubles from 40) and the Casa del Maestro (doubles from 78) mean you dont have to be Naboo royalty to see it, either. Day-tripping tourists to Naboo dont even have to leave the UK: for better or worse, Obi-Wan and Qui-Gon Jinn met Jar Jar Binks right here in the UK, at Whippendell Wood in Watford.

Home to the Rebel Alliance base in A New Hope the one very nearly destroyed by the first Death Star the severe temples and palaces of the ancient Mayan city of Tikal in Guatemala thrust above the thick treeline, and doubled for the ruins of structures built by the Siths Massassi warriors.

Nearby hostels and hotels are generally reasonable, such as the Hotel Jaguar Inn (doubles from 60) within the Tikal national park and a 10-minute ride from the ruins. Further away (a 90-minute drive), is Francis Ford Coppolas luxurious hotel La Lancha (doubles from 93), where you can sip cocktails by the pool overlooking Lake Peten after a hard days sightseeing at the ruins.

Mystery location from The Force Awakens

Details about possible settings in the new film are only emerging now. One definite spot is the serene Irish world heritage site Skellig Michael off the coast of County Kerry. One of a pair of picturesque uninhabited islands, its home to the ruins of a 12th-century monastery, and its been assumed this is the secluded home of a hermit-like Luke Skywalker. Eager fans can beat the inevitable Star Wars pilgrimages and arrange to stay in the Moorings hotel (doubles from 90 B&B) in Portmagee, starting point for trips to uninhabited (besides the presence of the occasional Jedi) Skellig Michael or at the Beach Cove B&B in Ballinskellig (doubles from 85), a 20-minute drive from Portmagee. A self-drive ferry tour incorporating the Skelligs can also be arranged through Irish Ferries from 109.