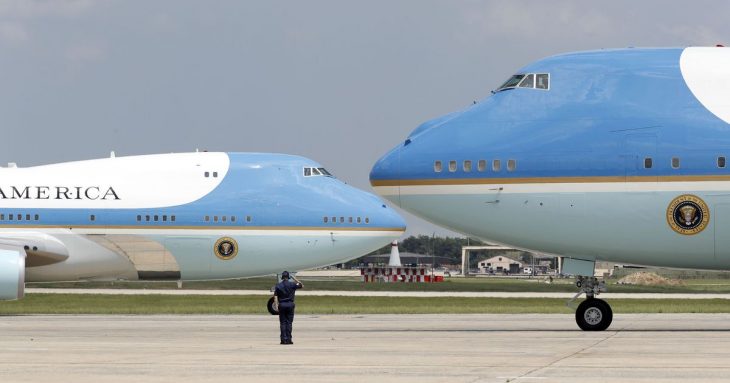 After a week in which the New York Times and Washington Post traded bombshell reports, the pair dropped two scoops just as Donald likes at the same time Friday.

The timing was odd several hours earlier than the daily reports from earlier in the week and inconvenient for Trump, who had just boarded a looong flight to Saudi Arabia.

The news lit up Twitter as we simultaneously learned that a) Trump reportedly called FBI Director James Comey a “real nut job” to the Russians and claimed firing him would take “great pressure” off the president and b) someone close to Trump is now under scrutiny in the Russia investigation.

(Unless you were watching Fox Newsthen you would have been deep into a story about dam repairs.)

As the news rippled out, one pressing concern rocked Twitter: Has Donald landed yet?

The hashtag refers back to the whole Justine Sacco incident, when a corporate communications director made an inappropriate joke on Twitter and then boarded a flight for 11 hours. #HasJustineLandedYet became the internet’s obsession for a full half day as the outrage grew.

This time, however, it relates to a current president and a massive ongoing scandal so just a bit more serious. Also, Donald reportedly has Wi-Fi on Air Force One, so he could potentially tweet a response and end it at any minute.

In the meantime, though, Twitter had a field day.

We wonder if he’s going to come back, or if he comes back, does he come back with a slimmer staff #HasDonaldLandedYet https://t.co/arUYHjL8Op