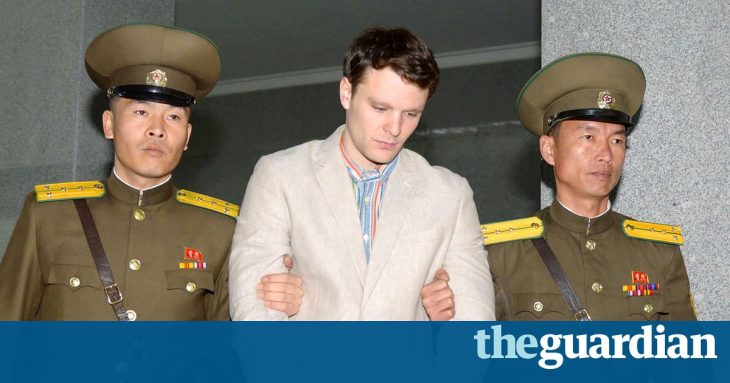 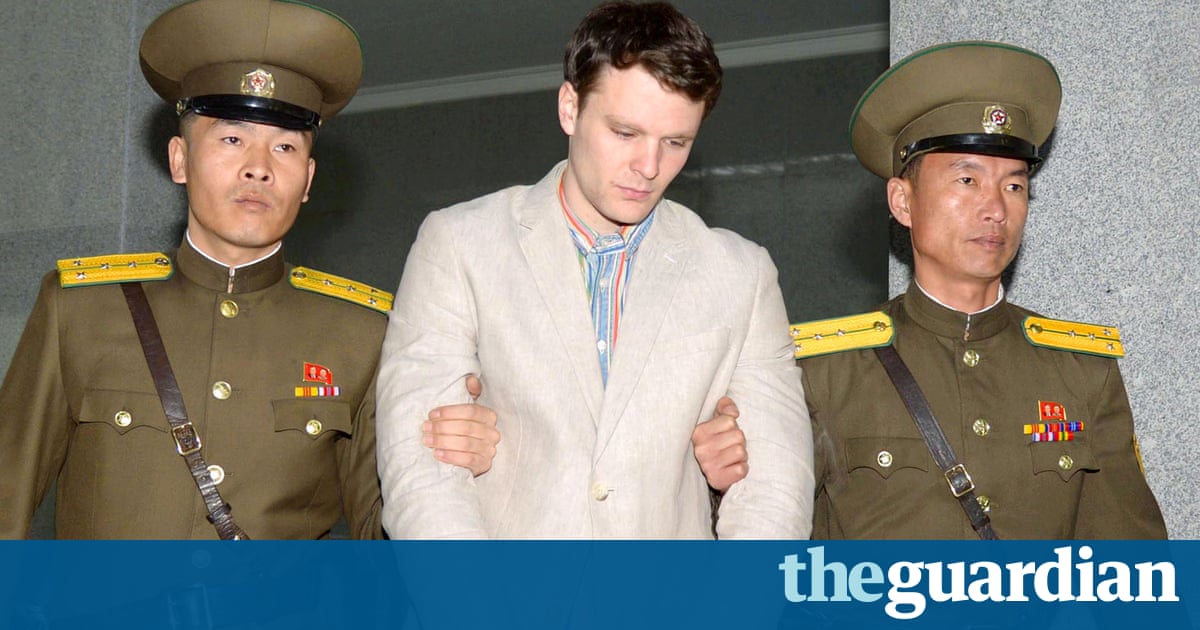 The US secretary of state, Rex Tillerson, has authorized a ban on American travel to North Korea that could go into effect as early as late August.

It follows the death of Otto Warmbier, a US student who was detained in North Korea last year and sentenced to 15 years of hard labor, accused of stealing a poster from his hotel. Warmbier was returned to the US in a coma last month and died days later.

A state department spokesperson, Heather Nauret, said in a statement that Tillerson had implemented the ban due to mounting concerns over the serious risk of arrest and long-term detention under North Koreas system of law enforcement.

The state department confirmed Tillerson had authorized the ban, known as a geographical travel restriction (GTR), after two Beijing-based tourism companies said they had been warned about the incoming restriction.

Hundreds of Americans travel to North Korea each year, but they have only been allowed to do so with an organized tour group. With the GTR, even that limited form of travel will be made illegal.

The GTR law allows the secretary of state to unilaterally implement a travel ban and has been used in the past 50 years to stop Americans from traveling to Iran, Lebanon, Iraq, Cuba and Libya.

Once the ban comes into force, US passports will be invalid for travel to and through North Korea. Americans who violate the ban could be prosecuted, though a state department official said prosecutions for that crime were rare.

In May, the Democratic congressman Adam Schiff and his Republican colleague Joe Wilson introduced a similar ban on travel to North Korea in the House of Representatives. The bill is due to be marked up in committee this month.

Schiff said he was pleased to see the state department introduce the restrictions. After the horrific treatment of Otto Warmbier, only the latest American detained by the regime, limiting US travel is unfortunately sensible and necessary, Schiff said in a statement.

The state department said it planned to publish a notice of the GTR in the governments Federal Register next week. The restriction will be implemented 30 days after the notice is published.

Americans who seek to travel to North Korea for certain limited humanitarian or other purposes will be able to apply for a special validation through the state department.

The secretary of state can implement a GTR if he determines one of three conditions are met: the country is at war with the US, armed hostilities are occurring in the country or there is imminent danger to US travelers in the country.

The GTR is stricter than travel restrictions that have been in place for Americans traveling to Cuba since the embargo.

Before Barack Obama and Ral Castro eased diplomatic relations between the two countries in December 2015, Americans could only visit Cuba as part of an organized tour group.

The cooling of relations allowed Americans to travel independently in Cuba, as long as they proved they were there for an educational exchange sunbathing was not recommended, but also not closely monitored.

Under Donald Trump, that changed.

In June, the White House reintroduced restrictions that only allow Americans to travel with an organized group. The administration has said this will be strictly enforced.

It was similar to the restrictions for tourists to North Korea. Tour companies that have supervised Americans on their trip to the authoritarian country were warned about the GTR before it was announced publicly.

Koryo Tours and Young Pioneer Tours, both based in Beijing, said on Friday the US government had told them US citizens would no longer be allowed to travel to North Korea.

This news has been expected but nevertheless is something of a shock, and were sorry for anyone who had planned a trip or who had hoped to visit and who now will not be permitted to do so, Koryo Tours said in a statement.

Young Pioneer Tours organized Otto Warmbiers tour and had already stopped taking Americans on its tours after having deemed the risk too high.

Americans have also been able to step into North Korea during tours on the South Korean side of the demilitarized zone, the heavily militarized border between the countries.

The border is staffed heavily with American military members, who lead tours that take visitors right up to the border of North Korea in a bus and let them step on to the North Korea side of border negotiation rooms, depending on the state of diplomatic tensions at the time of the tour.

The USO said it had restricted part of the tour because of the current development between South and North Korea, but did not respond to requests for comment on the impact of the GTR.